Oct 14 Posted by ESRAmagazine in February 2015 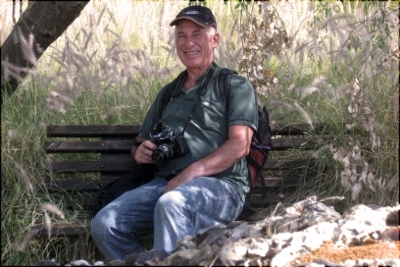 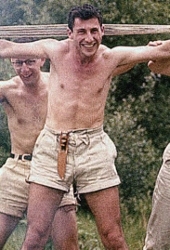 Ariel Kerem at Leeds Habonim camp in May 1962

Ariel grew up in the UK and graduated from Leeds University and the Institute for Youth Leaders in Jerusalem. He was active in the IUJF Jewish students' organization in the UK and later as Foreign Affairs Secretary of the World Union of Jewish Students, Foreign Affairs Officer of the National Union of Israeli Students and Member of the Executive of the International Student Movement for the United Nations.

He joined the Ministry of Foreign Affairs in 1971 and served as a diplomatic officer for 32 years, including 10 years as Israel's Ambassador to Ethiopia and other African countries, as well as several stints in Israel's mission to the United Nations. He retired in 2003 and moved to Raanana, where he became active in ESRA as Founder and Coordinator of the Photography Group which he ran for many years and for which he received an ESRA award in 2007 for being an outstanding volunteer. He also volunteered with ESRA as an English tutor. 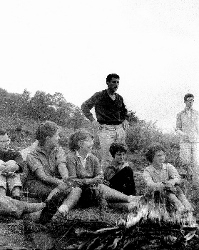 Near the campfire at the Leeds Habonnim weekend

My first memory is of him playing the recorder, being on the dance team and working his way through the available girls in the group, along with his buddies, Gus Diestel and Mervyn Bernstock, who ran together as a trio during much of their earlier Hillel days.

At Leeds University he was studying politics and economics, with, at that time, an unusual interest in Africa and the newly-independent countries there. He was self-confident and erudite in the way students are, though he was no bullshit artist. He was always cheerful, upbeat and sure of himself, without being dogmatic or unpleasant.

Every now and again he would 'mentor me' and come up with flashes of insight that strongly suggested he'd been taking a look at where I was going. It was startling to realize that he'd take the time to do that, and I was grateful without ever being able to return the favor.

Ariel was a people person, low-key but gregarious, alert, a good conversationalist, well-informed and at his best in a group where he'd exude effortless star quality (or to put it more prosaically,

leadership qualities). He was excellent company, a guy with whom one could have a laugh and learn something from, often in the same sentence.

On graduation, he was with WUJS in Paris for a couple of years. In 1973 I was doing post-graduate work at Washington University, St. Louis. Early in the autumn, I saw a notice about a lecture conducted by an Israeli consular guy from Chicago. Not knowing he'd Hebraised his surname, nor that he was in the Israeli diplomatic service, I went along out of curiosity and was startled and delighted to find out it was Ariel.

Over the next few years I stayed with him and his wife twice in their high-rise flat on Sheridan overlooking the lake, and as long as he was in Chicago we stayed in touch. Whilst I stayed with him there, I got nearly as much of a kick (vicariously) as he did about being together in a supermarket, and his flashing a diplomatic pass at the startled check-out cashier, signed by Henry Kissinger, and entitling him to get away with not being charged sales tax.

I have fond memories of Ariel: his dry sense of humor, down-to-earth attitude and wealth of experience and stories about different parts of the world and people he had met. As a photographer, he always looked for that special shot rather than taking multiple shots, even in the digital age. At the end of an outing, he would be incredulous when I said I had shot over 100 images, and say that he had taken less than 15 - and I well knew that each one of his would be sharp, well-framed and good. I have good memories of the ESRA Raanana Camera Club meetings and outings which he ran. There were many excellent and experienced photographers there, including Ariel, who were very helpful and good company. 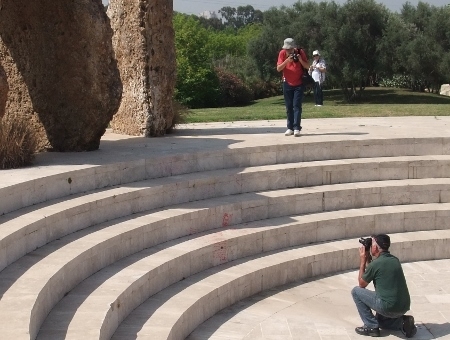 In the Rock Gardens at Yarkon Park

Ariel was a lovely man - gentle, intelligent and very laid back.

I remember he came on one of my walking tours, and when I asked where he had left his car he told me that he had parked within the Reading bus station, this being Shabbat. As it was already late afternoon I reminded him that the buses would certainly be recommencing. He was totally unperturbed and made no effort to get to his car. He was somewhat put out when he later discovered that his car had been towed away and he was expected to pay a hefty fine to get it back! Put out but in no way angry. He even managed to smile.

I particularly remember two photo-walks that Ariel organized, one in the Rock Gardens in the Yarkon Park and the other in Neveh Tzedek.