An Evening of Delight 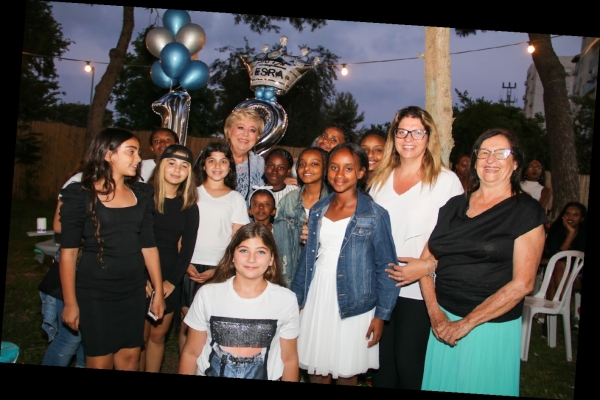 After answering a request to provide a cake for the Batmitzvah ceremonies organized by ESRA for the 6th grade girls participating in the Students Build a Community Project in Netanya, I felt compelled not only to bring the cake but also to stay for the ceremony.

What a surprise and delight it was. Twenty young girls from the four neighborhoods in Netanya were bussed to the Neot Ganim Community Center, where the garden was decorated with festive balloons and seating for the participants and their mothers. The girls began by writing greetings in each others' special notebooks while the mothers prepared decorative hearts for each daughter. This was followed by a workshop of making beautiful candle holders from recycled coffee capsules – a lesson in crafts and recycling! 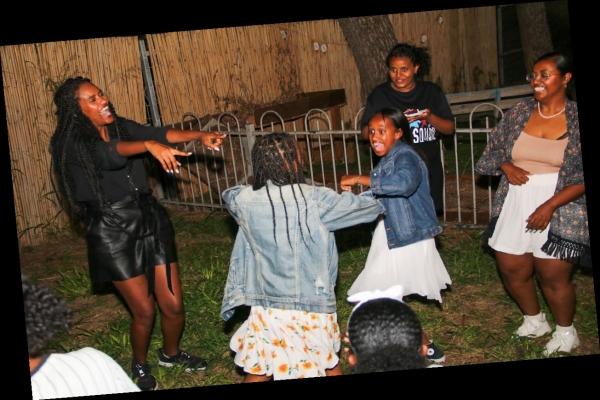 Miriam Fierberg-Ikar, the mayor of Netanya, arrived and greeted the girls, their mothers and the ESRA family. Nina opened the festivities with a welcoming speech, after which the emceeing was handed over to Fasika, one of the ESRA students in the project. However, it was the words spoken by the 5 student mentors to "their children" that were truly impressive.

The "cake" table was decorated with balloons and 20 candles around a festive cake. Each mentor called her group of young girls to the table and addressed them, saying it was the end of the project for them, but not the end of their access to her. The girls had spent several years in the project (from 3rd grade) as they grew emotionally, learnt life skills, and began to understand the importance of togetherness and the power of involvement, working within a community. Perhaps the most meaningful words were when each mentor expressed how fond she was of 'her' girls and what a tremendous learning experience it had been for her as well. 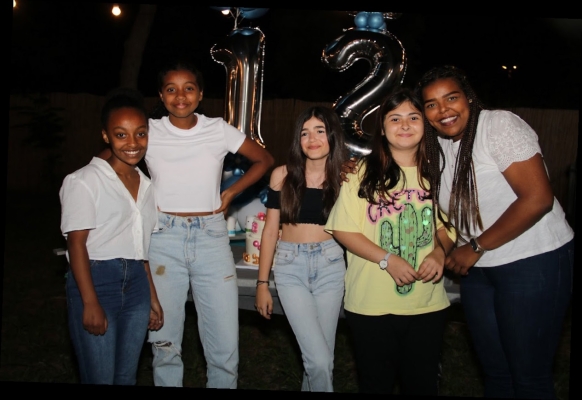 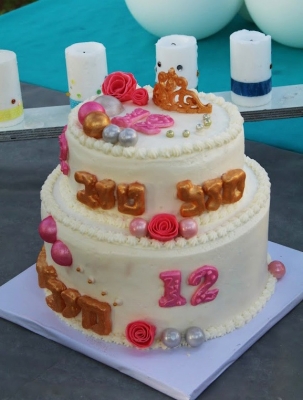 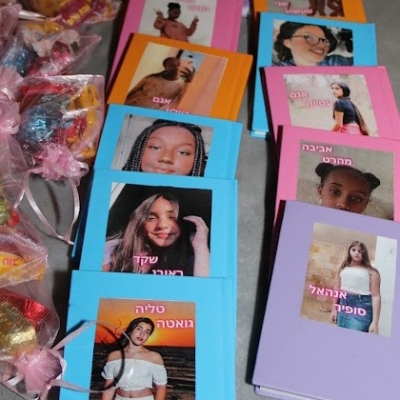 The special notebooks for each girl’s messages from their friends.

After a meal of delicious pizza, the evening ended with the girls dancing together with their mothers, under the exuberant guidance of the students and backing by DJ Itzchak Tamano.

Our thanks this year go to the special donors:

Natali Jewelry Design for the hand crafted bracelets for the girls

Itzchak Tamano – the DJ who never fails us!

And, of course, our ESRA coordinators – volunteers supreme!!