A Driving Force to be Reckoned With 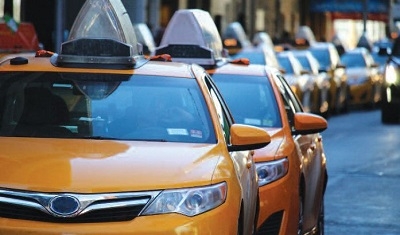 Uber drivers are a special bunch. Unlike most taxi drivers, they own their own cars and are financially responsible for their upkeep. They are really independent contractors who roam the city hoping to get a call on their cell phone from people like me who rely on them to get around town. They definitely have the entrepreneurial spirit.

What I find interesting is that many of them also have the religious spirit. Some talk about how their lives were a mess before they found the Lord. They say they faithfully attend church services and Bible study groups. A Bible seems often within their reach. Most but not all of the drivers who speak of religion in this way are members of minority groups who grew up in impoverished neighborhoods of Chicago and are trying to improve their lot in life.

Immigrants to America are another group of Uber drivers many of whom are religious. Some have been in the country for decades while others are recent arrivals. Although they come from all over the globe, many of the drivers I've met seem to come from Moslem lands. I can easily spot the religious ones among them by their trimmed beards, the prayer beads on the dash, and the verses from the Koran hanging from the car's interior mirror.

I especially like to chat with these drivers. I tell them I'm Jewish and live in Israel. They find that interesting. I ask them if they like Chicago and almost all say they do. They came for economic opportunity but they also like the diversity they find. In America, they say, you can be whoever you are. Some note that they live in racially and ethnically mixed neighborhoods and there is no friction. They ask about Israel and we come to the conclusion that were it not for the politicians we would all live in peace. After all, isn't that what most people want? Before I get out of the car I can't resist a bit of tweaking. "How many times a day do you pray?" I ask. They answer five, Allah be praised. "You know," I tell them, "if you convert to the Jewish religion, you'd only have to pray three." Most get it and laugh. Those who don't, I think, haven't been in America long enough.

The most memorable religious driver I ever met was an Assyrian Christian originally from Iraq. He had me racing for my Bible as soon as I got home. He was very pro-Jewish and quite hostile to those who would do the Jewish people harm. He based his views on the Biblical account of the Assyrian King Sennacherib's attempt to conquer the kingdom of Judah. Who knew? According to Two Chronicles, Chapter 32, Hezekiah, King of Judah, assembled the people before him and encouraged them with these words: "Be strong and courageous. Do not be afraid or discouraged because of the king of Assyria and the vast army with him, for there is a greater power with us than with him. With him is only the arm of flesh but with us is the Lord our God to help us fight our battles." Sennacherib countered with this message to the people of Judah: "Do you not know what I and my predecessors have done to all the peoples of the other lands? Were the gods of these nations ever able to deliver their land from my hand?" The Biblical author adds this comment: "He spoke about the God of Jerusalem as he did about the gods of the other peoples of the world – the work of human hands." The account ends with God's sending an angel who annihilates the army of Sennacherib and sends the king returning to Assyria in disgrace. What's more, in Assyria he is murdered by his own sons. All this was very vivid in the mind of my Assyrian Christian driver who was sure that what happened then would happen now to Israel's enemies, that God is forever on our side. Too bad there are so few Assyrian Christians I thought to myself.

But the driver who moved me most happened to be a Jew. He was a retiree who was driving an Uber to augment his modest pension. He was the father of two grown children. First, he told me how proud he was of his married son who was moving back to Chicago with his family to take an important position with a very successful company. And then he told me about his forty-three year-old daughter who was born so severely disabled that she has never uttered a word, cannot feed herself, and needs to be wheeled from place to place in a wheelchair. "She lives at home," he added. I asked him if he and his wife had ever considered putting her in an institution. They had considered it, he said, but came to the conclusion that their daughter would receive more loving care at home. "You and your wife are heroes," I said. "No," he answered, "just ordinary people." They belong to no congregation, observe no rituals at home, but I think it right to say that of all the religious Uber drivers I've met they are doing the Lord's work the most profoundly.