To Number Our Days 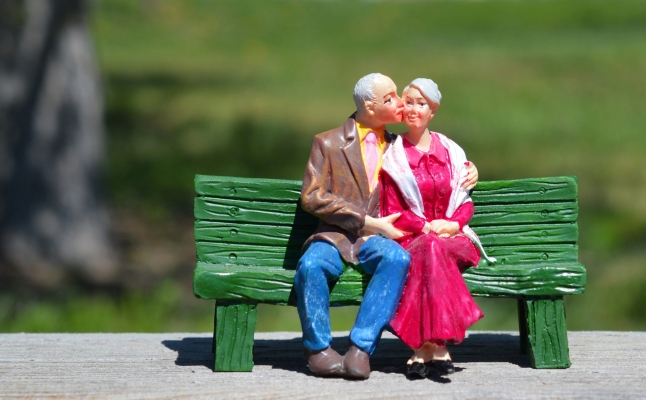 His family was surprised to see me. Their loved one was in the hospital recovering from a mild heart attack. Although we were more acquaintances than friends, I thought it the right thing to do, to visit. After all, we sit only a few rows from one another in the synagogue. "What a pleasant surprise for us that you are here," they said. I answered, in my stumbling way, that I am seventy years old and should have learned the right thing to do by now.

Age and wisdom go together, or they should. Those of us who travel by bus have become used to seeing the words, "Mipnei seivah takum".

"You should rise before the aged." It is a humorous way to suggest that the young relinquish their seats in favor of the old. But in the context of Leviticus (9:32), the meaning of the phrase is a bit different: age deserves our respect. And it deserves it for the wisdom that the elderly have acquired from a lifetime of living.

When my parents-in-law were in their 80s, they moved from their home in Pennsylvania to a seniors' facility in Florida. My father-in-law died a year later. Although the facility was not a Jewish one, there were quite a few Jewish people there. The odd thing was that not one of them paid a shiva call to my mother-in-law. I subsequently learned that that's the custom of the place. No shiva calls. No comforting of the bereaved in their apartments. It's not that they didn't know what shiva was; many had lived all their lives in the New York area. Rather, it was a form of denial. In that facility, death is too close - it's at everyone's door - so let's live life as if it doesn't exist. Let's make believe it's not here. Let's go on living forever.

Lately, there have been a number of books and movies about old people behaving outrageously young. This makes for good entertainment and I'm all for it. But at the same time, the underlying message it conveys is the unwillingness to accept the reality of aging. When I visited my friend in the hospital, we played a little game: Which one of us is older? We honestly didn't know. It turned out that he was older - 77 years old. "Oh, that's not old at all," his daughters laughed. But we knew better. Denial suits the young; it does not suit the old. Acceptance does. And acceptance and wisdom go hand in hand.

In 1951, Dylan Thomas, the Welsh poet, wrote: "Do not go gentle into that good night. Old age should burn and rave at close of day; Rage, rage against the dying of the light." This poem became a very important manifesto for his generation and for subsequent ones as well. But Thomas wrote it when he was young, and those who quoted him with great ardor were also young. There is romanticism in that poem and truth, but it is the truth of the young. Many hundreds of years earlier and in a different spirit entirely, the psalmist wrote, "Teach us to number our days that we may gain a heart of wisdom" (Psalms 90:12). The psalmist teaches acceptance, but acceptance accompanied by wisdom. According to this view, growing old does offer us one last chance, but it is not the last chance of recapturing our youth. Rather, it is the last chance to get it right.