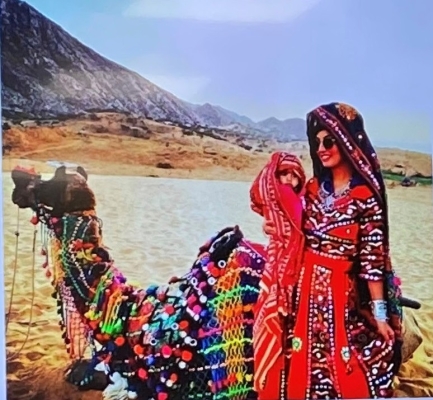 Most fashion histories start with designer drawings followed by the production and sale of the resulting garments. Most hope to gain a following and develop into a well-known label. But that is not the story of Israeli fashion, as we learned from fashion historian Liraz Mordechai Cohen, who gave a most interesting talk on the topic to ESRA Modiin. She began with the following quote:

"Throughout history, fashion has greatly influenced the fabric of societies all over the world. What people wear often characterizes who they are, what they do for a living, and even more so, what kind of a society they live in."Mark Twain's words are even more to the point: "Clothes make the man. Naked people have little or no influence on society."

Wow, those statements set us all thinking.

Liraz explained that the new arrivals who came from Europe to Israel, with their European clothes, found them quite unsuitable for the totally different climate here. Fabric was not easily obtainable during the early days of the State, so some clothes were re-purposed for curtains, clothes for small children and any other items needed in the fledgling society. As fabrics became more readily available in the following years, the only colors to be had were blue, beige or brown. These were serviceable colors appropriate for working in fields or kitchens on the kibbutzim, and also serving as deliberately anti-fashion items. The design of clothing was plain, fitting for the jobs which had to be done. Often on kibbutzim, clothes were stored in a central location and all garments were shared by everyone. Those who came from Sephardi communities were used to a different style of dress, but adapted as required.

The ATA textile factory was founded in Kiryat Ata in 1934 by Erich Moller, a Jewish industrialist from Czechoslovakia. The factory specialized in work clothing and uniforms, reflecting the Zionist and social ideology of the time.Production covered everything from manufacture of the thread to sewing and packaging. ATA is an acronym for the Hebrew words Arigei Totzeret Artzeinu, 'fabrics manufactured in our land'. After Erich Moller's death, his widow asked Israeli fashion designer Lola Beer Ebner to design a line of fashionable dresses in bright colors for ATA. The factory closed down in the 1980s. 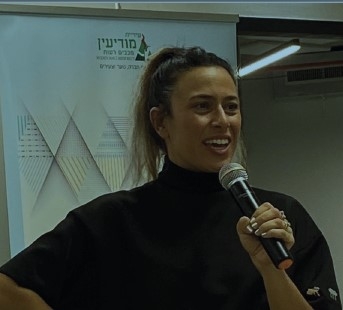 Maskit, a fashion house incorporating decorative arts, which helped create jobs for new immigrants while preserving the Jewish ethnic crafts of various communities living in Israel, was founded in the early years of the state by Ruth Dayan, wife of Moshe Dayan. In 1955 Ruth Dayan met fashion designer Finy Leitersdorf, who designed clothes and accessories for Maskit for fifteen years, and the two collaborated on an exhibition of Maskit designs at the Tel Aviv Museum. Maskit closed in 1994 but re-opened in 2013, with the support of a billionaire industrialist.

The world-renowned swimwear company Gottex was founded in 1956 by Lea Gottlieb. Gottex was highly successful and became a leading exporter of designer bathing suits.

Liraz brought along to the talk some classic garments from different decades and in addition, one of our group found a garment in her own wardrobe from over 20 years ago which was shown as well.

The evening was held in the newly created space under the Central Bus Station in Modiin, the bright colors used in the design of this space adding to the success and enjoyment of the talk, which was voted one of the most outstanding we have heard.