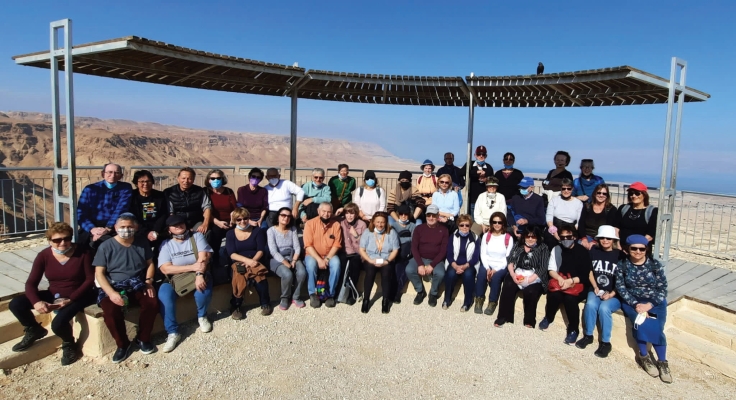 Our first tour group on top of Masada

Here & There Around Israel – with ESRA

ESRA's new "Here & There Around Israel" tours kicked off with the first tour heading in a southerly direction to explore "The Wonders of the Judean Desert". Our journey south wound through Jerusalem, not a city to be driven through without a stop. Adina, our licensed tour guide, treated us to some of the city's unique and lesser-known places of interest, among them the new Heritage Museum at Shaar HaGai, and the 9/11 Living Memorial Plaza in Ramot, the impressive cenotaph monument to those who lost their lives on that fateful day in New York.

From the hills of Jerusalem, as roadside signs informed us, our path gradually descended below sea level, until we found ourselves traveling along the world's lowest road with its views of Jericho, the world's oldest continuously-inhabited city, in the distance.

Reaching as low as one can go while driving on our planet, we were treated to the sight of the Dead Sea shimmering alongside the road. Adina told us that we were now in Area C, which includes over 60% of the West Bank. As we drove along the shores of the Dead Sea, we saw sinkholes. Adina explained that, as the sea recedes, fresh ground water wells up from dissolving layers of salt and creates large underground cavities, causing the collapse of the ground above and forming sinkholes. In fact, since 1960 the Dead Sea has lost one-third of its surface area, receding about a meter every year. 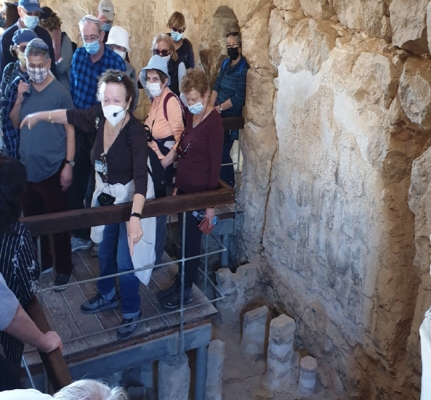 Finally, we arrived at Masada, the ancient Jewish fortress/settlement and site of one of Herod's most magnificent palaces. Unlike the residents of old, we boarded a cable car and rode to the mountain's top, treated on the way up to breath-taking views of the surrounding desert, the Dead Sea, and, on the other side, the Jordanian mountains silhouetted against the sky. The cable cars, of ample size and numbers, allowed our whole group to ascend the mountain in one go. Lucky to have a tour guide with us, we got to explore areas that only tour guides may enter. ESRA members were treated to a special time at Masada, learning new things along the way. For instance, did you know who today's residents of Masada are? It's the red winged starling!

From Masada, we enriched our Judean Desert encounter with a visit to a fabulous desert oasis - the Ein Gedi Nature Reserve. Hiking through the lush greenery of the oasis, such a huge contrast with the surrounding desert, we walked as far as the first of its cascade of waterfalls. Nature, in all its raw beauty, enchanted us as we took in the last rays of the sun.

With happy smiles on our faces and eyes still savouring the sites of the day, we, the ESRA tour participants boarded the bus for the ride home. We are already looking forward to the next trip in the "Here & There Around Israel" series. 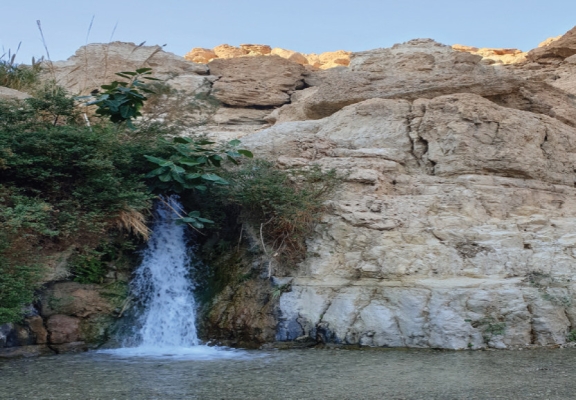 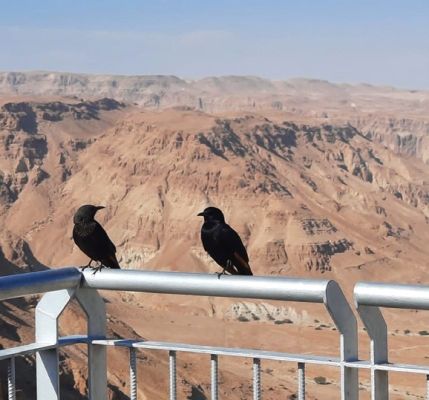 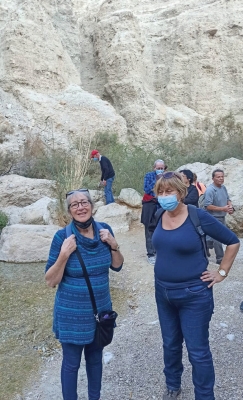 Prior to publication of the magazine, we have already enjoyed our second trip in the series: "Love, Zionism, and an Illustrious Past in the Lower Galilee".

With 48 participants on board, our bus took us past Nahalal, Israel's first moshav and the burial place of Moshe Dayan and Ilan Ramon. Having a glimpse at Kibbutz Sarid, whose wealth comes from manufacturing tanks, we passed by Afula, established in 1925, and the Christian village of Nein. We arrived at Kfar Tavor where we enjoyed green tea, the museum and a film. The next stop was the Tulip Winery in Kfar Tikva, a village for special needs adults who work at the winery. We enjoyed tastings of various wines. We also purchased some to take home with us. Our last stop before heading home was the statue of Alexander Zaid, founder of Israel defense organizations, leaving us looking forward to trip number 3.

Check out the ESRA website for more trips: www.esra.org.il