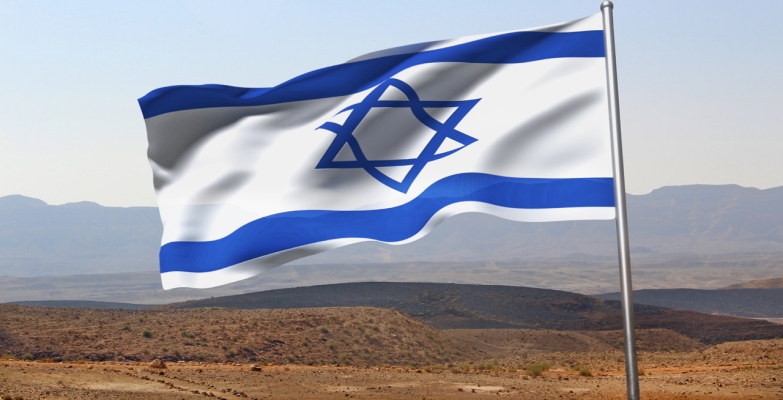 Some two years ago the ESRA Raanana Planning Committee decided to have more trips to the Negev, including one just before Chanukah. The first trip, organized by Ann Levin, was in 2019 to the Blaustein Institute, the agricultural experimental hothouse affiliated with Ben Gurion University (BGU). Thereafter we visited Kibbutz Nirim, located in the Gaza Strip and bought gifts items for Chanukah from a shuk composed of local artisans. We also listened to a talk about life on the kibbutz with an emphasis on the stresses caused by bombardments from Gaza.

This trip was very enthusiastically received.

The plan was to repeat this trip in 2020 but, unfortunately, COVID intervened and it did not take place.

However, on Wednesday November 17, we were able, again through the capable organization of Ann Levin, to enjoy another full day trip to the Negev. Almost all 45 spots were filled within two days of the sending of the first flyer.

On arrival at BGU we were treated to very nice light refreshments. Thereafter we listened to talks given by three different people about the University; Professor Chaim Hames, a professor of history who in 2018 became Rector of the University, gave an enthusiastic talk about the present state of BGU and its plans for the future of an underway expansion of the university. (As an aside, he seemed to take particular pleasure in pointing out that the University has no law school. As a former barrister, I did not know whether to be slighted or impressed.)

There has been a very strong push by the federal government to dedicate considerable resources to the Negev. Eventually the Kiryia, being the "Pentagon" of the IDF, will be located in the environs of Beer Sheva. Many of the officers' programs are already located there. In addition, resources are being committed to encourage growth in the Negev in hi-tech, agricultural research, and development of water management, as well as cyber research.

BGU is positioned to be an extremely important cog in this planned program. Growth at an exponential rate is expected and the present number of students is projected to double from 20,000 to 40,000 in the next few years.

Joel Reinstein, a friend of BGU, is a lawyer who made aliyah from Boca Raton, Florida, several years ago. He spoke next about his personal satisfaction in being involved in the development of the university and his excitement at seeing the work done there. His enthusiasm in seeing the programs being developed was most infectious.

Lastly we heard from Efrat Borenshtain who is employed as part of the "Donors and VIP Visitors Section'' of the university. A constant theme of her talk was that BGU does not seek to emulate other Israeli universities just as a place to get educated, but rather to have a more "village" type of atmosphere providing everything a student would want without needing a car or even a bus. The campus is designed to be easily accessible on foot from the dormitories and the various buildings on campus. There is even a movie house on campus and pubs nearby.

The philosophy of the university is to be interdisciplinary, whereby a variety of disciplines is to be brought to bear on the projects initiated. The emphasis is on sustainability, whether in water management, agriculture or in high tech. The student body is varied with students from abroad, Arabs, Druze, and Jews. The university hopes to increase the number of students from abroad.

We were divided into two groups for the campus tour. One tour was led by Efrat and the other tour by Dana Kislik, also of the "Donors and VIP" section of BGU. We were shown the considerable amount of construction going on of new dorms, new research facilities and classrooms. The campus is connected by two bridges, one of which is the Mexico bridge, built with funds from the Mexican Jewish community. The second is colloquially known as the "DNA" bridge, as it links the campus to the Life Sciences section and indeed looks like a DNA helix. The Mexico bridge is located close to an Israel Rail train station which provides a direct connection to the center of Israel. The buildings are designed to be energy efficient.

I felt envious at not being young enough to be a full-time student at the University.

We lunched at the university cafeteria divided into both dairy and meat sections. The prices were very reasonable and the food of a very good quality.

Anyone who wants to visit the campus may do so on presentation of ID and a Green Pass.

The dynamic growth of BGU matches that of Beer Sheva itself and its surrounding environs. There is no doubt that David Ben Gurion's view of the Negev as the true future area of growth of Israel is coming to fruition.

Sometime after 1pm we boarded the bus and after an hour's drive arrived at Kibbutz Nirim where we were greeted by Adele Reimer. She made aliyah from New York in the 1970s and has lived on the kibbutz almost all of the time since her arrival. She spoke to us about life on the kibbutz and generally in the Gaza Strip, about

the difficulty of living so close to Gaza and having to deal with incoming missiles, the deaths which have occurred over the years and the effects on the behavior of the children. There are children who are afraid to go out of doors, children who suffer from increased bedwetting and from anxiety attacks. In fact, the IDF has started using professionals to work with the anxieties of soldiers who have grown up in the Gaza Strip, as a good number of them display signs of PTSD.

One has 15 seconds from the time of the hearing of an alarm to the time to find a place of safety. If one can't reach the designated protected areas in time then that person is instructed to lie flat on the ground in as protected an area as possible.

In 2018, Ms. Reimer made a presentation to the UN Security Council regarding the conditions under which the local people have to live.

Despite the conditions, the people of the kibbutz describe their life there as "95% Heaven and 5% Hell". A guided walk through the grounds showed us a bucolic pastoral life with beautiful grounds and wonderful natural sights and sounds. Those of us who had visited the kibbutz two years earlier were impressed by the new structures, all the more remarkable given what the kibbutzniks have endured. We were led to see the protective fence between it and Gaza and indeed were impressed by how close Gaza really is to the kibbutz.

After returning from the walk we were able to sample the wares of the vendors who were participating in the shuk. For sale were hand-made children's toys, jewelry, textiles and other items. The number of vendors should have been bigger, but last minute events prevented more participation.

After the Shuk and some more refreshments we boarded the bus to return to Raanana. The participants were asked if they would like to return next year for a similar trip and an overwhelming number raised their hands.

All in all, it was a fantastic trip.